4.5 billion years ago is when I was born.

I was just a giant sphere of molten rock, magma, and toxic gasses.

As I grew up, I went through several changes, ultimately becoming the bright blue mother that I am today.

After a few billion years, I gave birth to several children: humans, animals and all other lifeforms.

I watched them grow up, as they invented new tools and ideas.

I was so proud of them, and I couldn’t wait to see what they would do with these new inventions. They were growing up so fast. 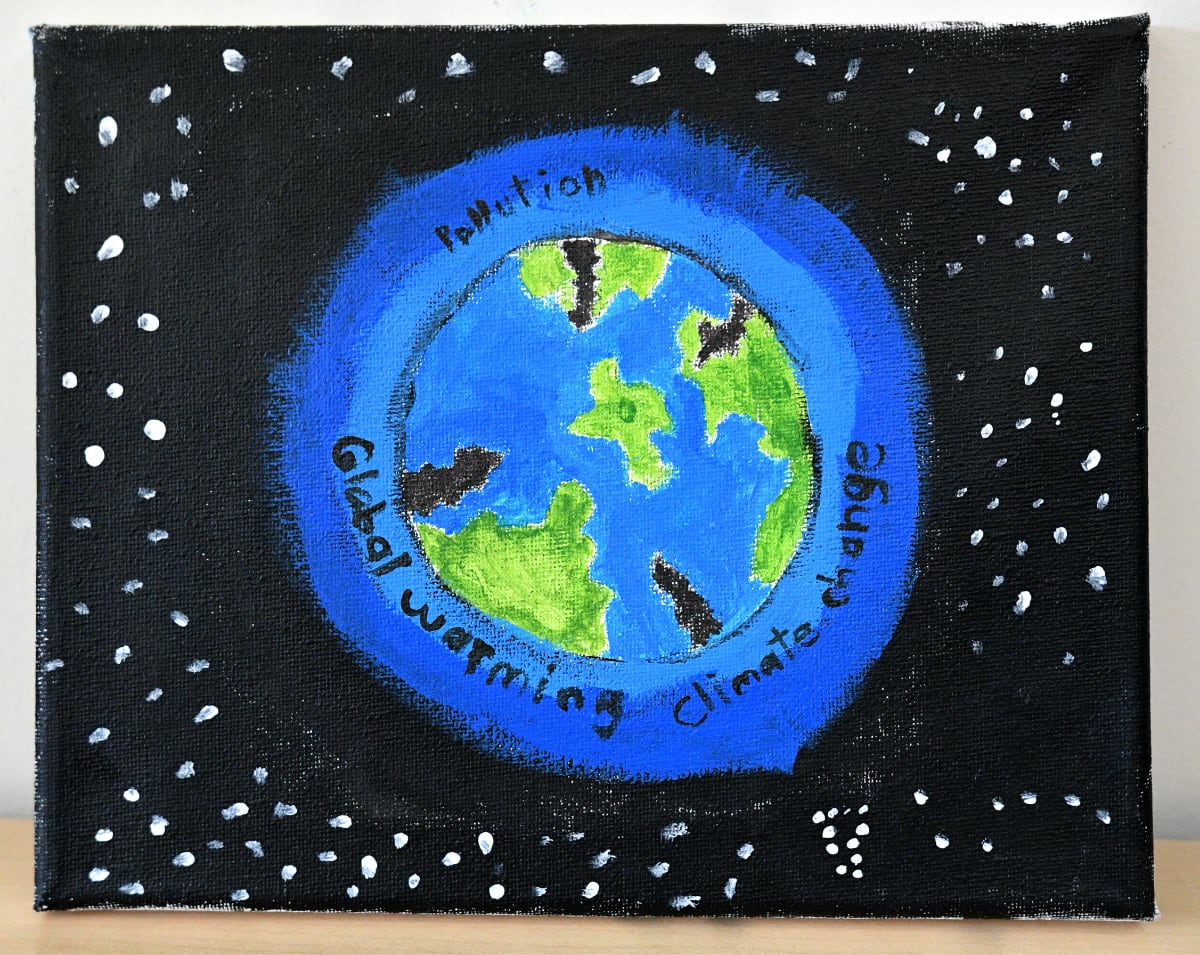 They made these certain inventions, incredible like all the other ones, but these did something to me.

I began to feel pain.

As my children began building more factories and more automobiles, the more I felt this weird feeling...I was warming up.

After a couple hundred years, I had a strange fever; I was much warmer than before.

My children keep using these cars and factories, releasing even more of the painful gases that make their mother hurt.

I don’t see why they use these things.

It’s harming them and everything that I created. Why would they do this?

My children are destroying me and their own home.


I gave them so much: the ability to speak, think, and love.

This is how they use these gifts?

I did not make them for this purpose; I want them to live a happy life, not a life where they slowly destroy their home and their future.

I know they can change.


I know they can correct what they have done.


I know that if they choose to ourish, they will.


I hope they will respect and take care of their mother again.

The only mother they have.