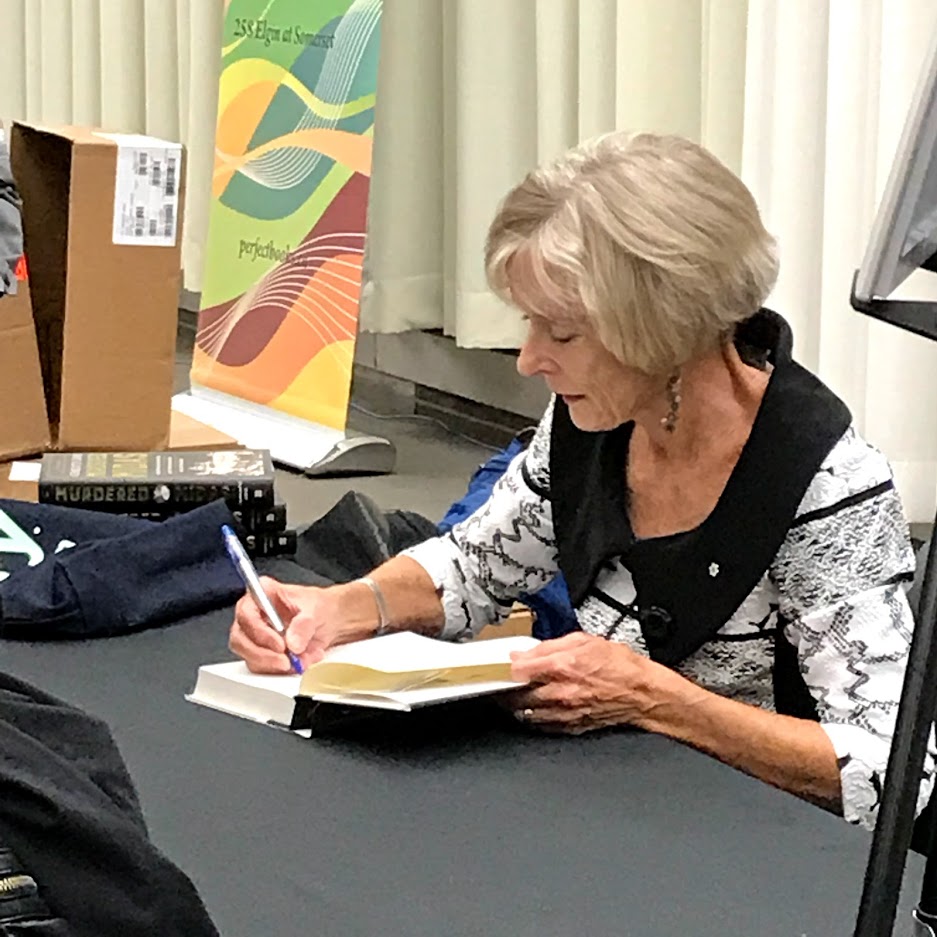 It’s not often that Ottawa is treated to a fireside chat with two of Canada’s most renowned writers. That is exactly what happened when one of the city’s own brought an enticing historical mystery to this year’s Ottawa International Writers Festival.

Award-winning biographer and historian Charlotte Gray launched her latest book, Murdered Midas: A Millionaire, His Gold Mine, and a Strange Death on an Island Paradise, to a capacity crowd at Library and Archives Canada. Hosted by acclaimed novelist Jane Urquhart, Gray delivered an international tale of wealth, power and murder.

Introducing the audience to the meticulously researched characters at the heart of the historical drama, Gray sketched out the life, and violent death, of Sir Harry Oakes, a prominent gold-mining tycoon, philanthropist and household name in remote Northern Ontario. Tracing Oakes’ rise to wealth and power during the Ontario gold rush in the early twentieth century, his time as an active philanthropist in England, and his arrival on New Providence Island in the Bahamas, Gray gave an intriguing introduction to her latest book. She enriched the talk with a discussion of Sir Harry’s posthumous reputation, including earlier biographies and media coverage of his murder. Gray explored some of the contradictory accounts that have emerged since the world-renowned murder and spoke to the differing perspectives that may have shaped those tales.

The evening, however, was really focused on the interplay between Gray and Urquhart, who have known each other well for many years. Urquhart asked Gray about the book’s captivating characters, including Sir Harry’s debutante wife, Lady Eunice, his smarmy son-in-law, Count Alfred de Marigny and the Duke and Duchesse of Windsor. Urquhart also jovially pressed Gray for her thoughts on the likely murderer, though his or her identity remains unknown to this day.

Gray and Urquhart also talked about some of the social and economic forces that shaped Northern Ontario, including interactions between mine employees and Indigenous communities. Their conversation was coloured by Urquhart’s own experiences, as she revealed that she had herself grown up in a small mining town in the area.

Throughout the discussion, one could feel Gray’s enthusiasm for Canadian history and her fascination with the wild and uncharted places that shaped this country. Gray noted that she was equally fascinated and appalled by the discomfort experienced by the pioneers, miners, explorers and settlers who eked a life out of the land; that fascination that no doubt permeates her latest work. Gray and Urquhart speculated on whether Sir Harry’s life, and business, shaped in the isolated Ontario bush, would have contributed to his uncomfortable fit in the stodgy and traditional British Bahamian society.

Prior to the close of the evening, there was a palpable reminder that Gray’s books are factual history rather than fictional accounts, when an audience member identified herself as the great-granddaughter of one of Sir Harry’s two original business partners, the Tough brothers. To the audience’s amusement, she wanted to know why Gray had never looked at her forebearers as the potential murderers. Not even Charlotte Gray herself could have conceived of a better way for history to come alive.