The Art of Cross-Border Friendship 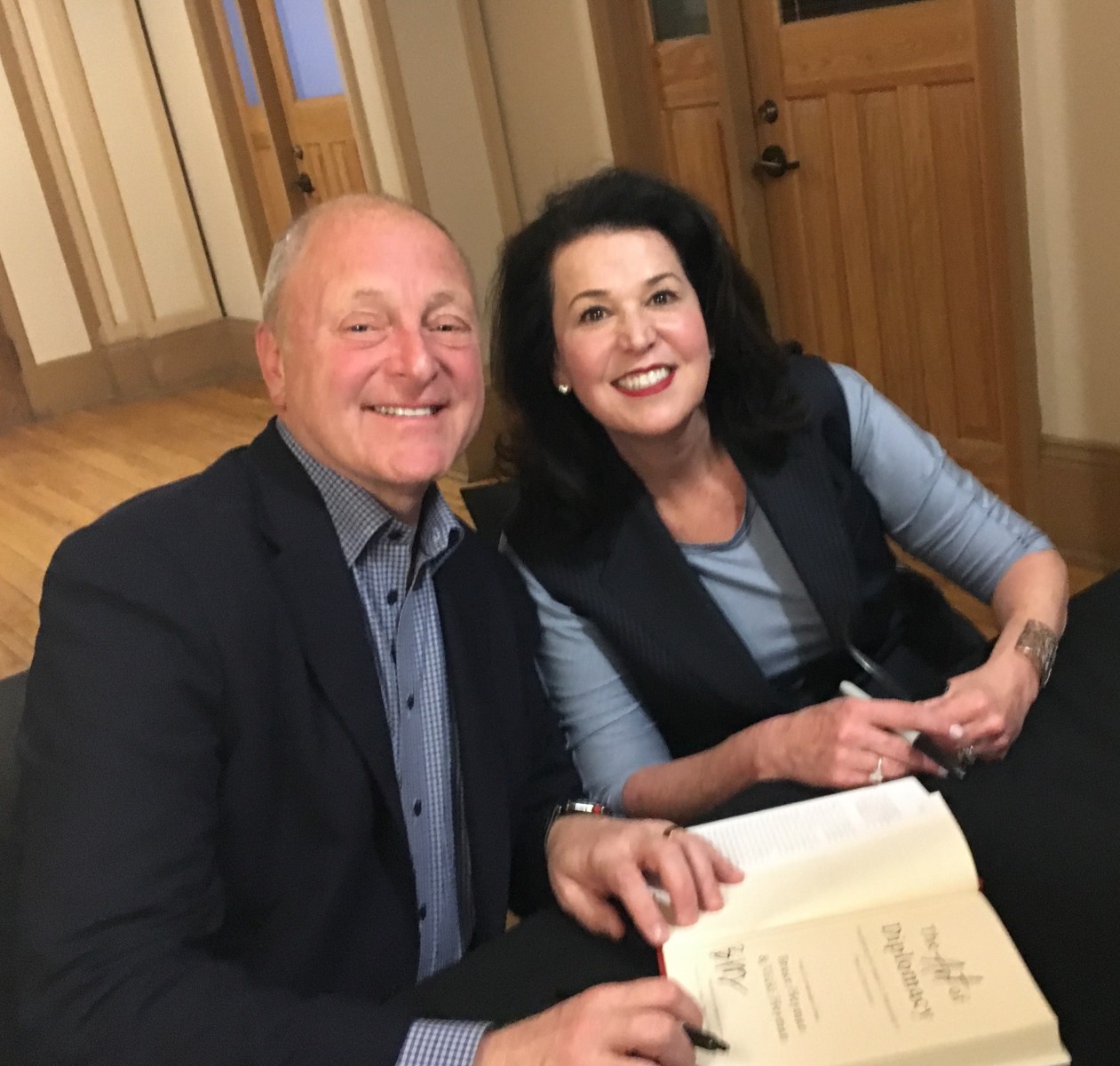 “Ordinary citizens,” asserts Vicki Heyman, “have kept the US-Canada relationship alive for centuries.” Returning to Ottawa for the launch of their new book, The Art of Diplomacy: Strengthening the Canada-U.S. Relationship in Times of Uncertainty, Vicki and Bruce Heyman only barely qualify as ordinary citizens. A long-time financial advisor for Goldman Sachs, Bruce Heyman served as the United States’ Ambassador to Canada from 2014 to 2017. Vicki Heyman, an experienced cultural leader and philanthropist, also comes from a background in finance. Both Vicki and Bruce Heyman became major supporters of Barack Obama’s 2007 presidential bid. Energized by the excitement of meeting ordinary people on the campaign trail, both continued their engagement with the Democratic party, and both were delighted when Bruce Heyman was nominated for the Ambassadorship which brought them to Ottawa. Together, Bruce and Vicki Heyman redefined the role of the American ambassador’s office in Canada, opening the ambassador’s residence to a record number of guests, sponsoring new arts events, and travelling the Canadian provinces with the enthusiasm of a young couple on a college road trip.  Their enthusiasm for their new home was contagious, and they were able to forge a startling number of new alliances between Americans and Canadians. Now based in Chicago, Bruce Heyman and Vicki Heyman returned to Ottawa for a conversation with journalist Evan Solomon.

With the changed political context, it may seem tempting for ordinary Canadians to scale back their American engagements. After all, it is just as easy to book a vacation to the Caribbean as it is to Florida, and American trading partners can sometimes be replaced with others. Yet now is the time when America needs Canada most, stressed both Bruce and Vicki Heyman. Trump won’t be hurt by your boycott of the States, both Heymans reminded their listeners. As tempting as it may be to re-direct your spending and business relationships outside the States, such behaviour will only hurt American innkeepers, restaurant workers and other ordinary people who have a great deal to learn from their Northern neighbors. Part memoir, part manifesto, and part apology, The Art of Diplomacy is intended as Bruce and Vicki Heyman’s joint “love letter to Canada.” Speaking to a highly-engaged multi-national audience, Bruce Heyman told his listeners, “don’t be a bystander.” There are as many as 600,000 eligible American voters in Canada today, he explained; it is crucial that each of these expatriates vote in the next American election. Vicki Heyman stressed the importance of Canada as example as a North American democracy where private enterprise flourishes alongside single-payer healthcare, relatively successful gun control, and less acceptance of the dramatic income inequality which has come to define American society in the twenty-first century. Both Bruce Heyman and Vicki Heyman felt that simple acts of conversation between travelling Canadians and their American hosts, for example, could go a long way to change the current political log jam south of the border.