Kindness, Empathy and Learning from Experience 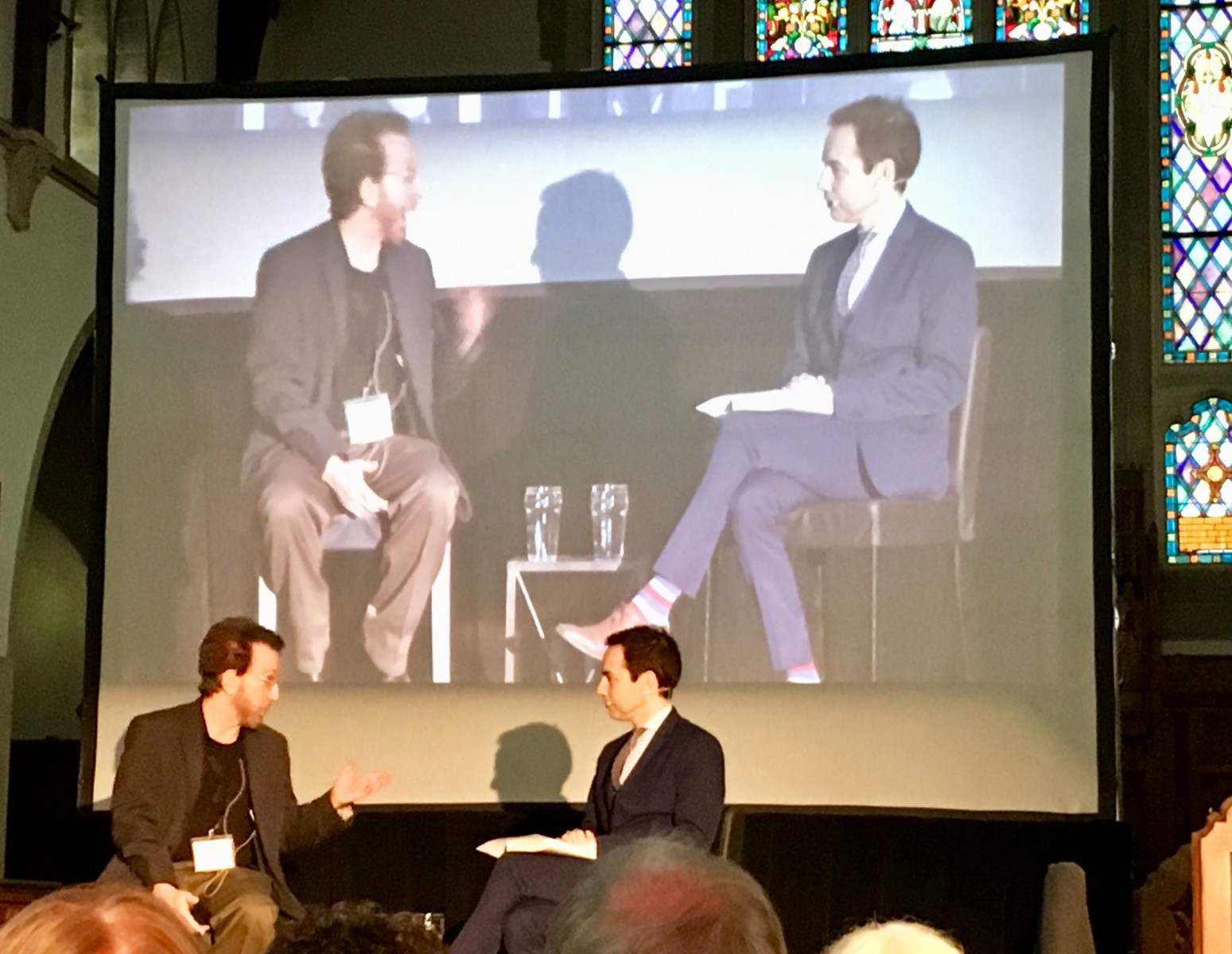 At what point might we detect backsliding in our own practise of empathy and kindness? And once we detect it, how do we fix it rather than ignore the problem for fear of piling on shame? Eternally-curious emergency physician Dr. Brian Goldman joined Alex Munter, President and CEO of the Children’s Hospital of Eastern Ontario, for a discussion of Goldman’s new book, The Power of Kindness: Why Empathy Is Essential in Everyday Life.

In the book, Goldman looks back on a long career in hospitals to uncover real manifestations of empathy, as well as examples of pain and loneliness. Goldman’s stated goal is to shed light on our contemporary yearning for human connection, yet it became clear early in the evening that Goldman’s motivations for writing this book were also bound up in personal experiences. Only at end of Goldman’s talk did the audience learn about an incident that made him question whether he remained a kind person or whether the practice of emergency medicine had compromised his own ability to demonstrate empathy. (Read the book for more on that!)

Munter, who was greeted by an unexpected celebration of his 50th birthday and sincere appreciation for his energetic service to Ottawa, noted that reading The Power of Kindness reminded him of a quote by Maya Angelou: “People may not remember exactly what you did, or what you said, but they will always remember how you made them feel.” All patients are keenly attuned to how their medical professionals make them feel. Meanwhile, Goldman argues these professionals would rather not be informed of their mistakes, fearing shame, rather than embracing an opportunity to learn. A shame-based outlook within the medical profession hinders the ability of doctors to improve their interactions with patients.

Fortunately, Goldman shared examples of people whose past experiences of suffering had led them to tangible demonstrations of empathy. Mark Wafer, now an advocate for inclusion, is a former Tim Hortons franchise-owner who hired a significant number of individuals with developmental disabilities as employees. When he first received an application from a young man with Down syndrome, he recalled his own experiences of being humiliated by his peers because of his deafness. In hiring the young man, Wafer made an empathic connection that guided his later business decision-making.

Audience members were audibly conflicted by the discussion of robots and empathy. Goldman recounted his travel to Japan, a country that within ten years is expected to be short one million personal care workers for elderly individuals. The Japanese government is investing massively along with the private sector in developing robots that offer social interaction and can assist with daily tasks. But can these inanimate objects — despite their increasing human-like look and sophistication — truly supplement the fundamental need for human connection? Goldman introduces research that, as he put it, questions the very definitions of what is human.

For policy people like me, the discussion provided refreshing clarity on the value of empathy for creating successful societies. Yet currently we are experiencing a deficit in this regard, as individuals become so overwhelmed by constant email, social media barrages and other intrusions, that they do not take time to be kind to themselves, a prerequisite for showing empathy to others. As an example, Munter suggested — to applause — that public resistance to tax increases reflects declining empathy. Goldman argued compellingly that everyone can enrich the world by fulfilling acts of kindness, including acts of unexpected kindness. But getting to this point requires both self-care and self-love, as well as a sense of humility and comfort with the process of learning from mistakes.