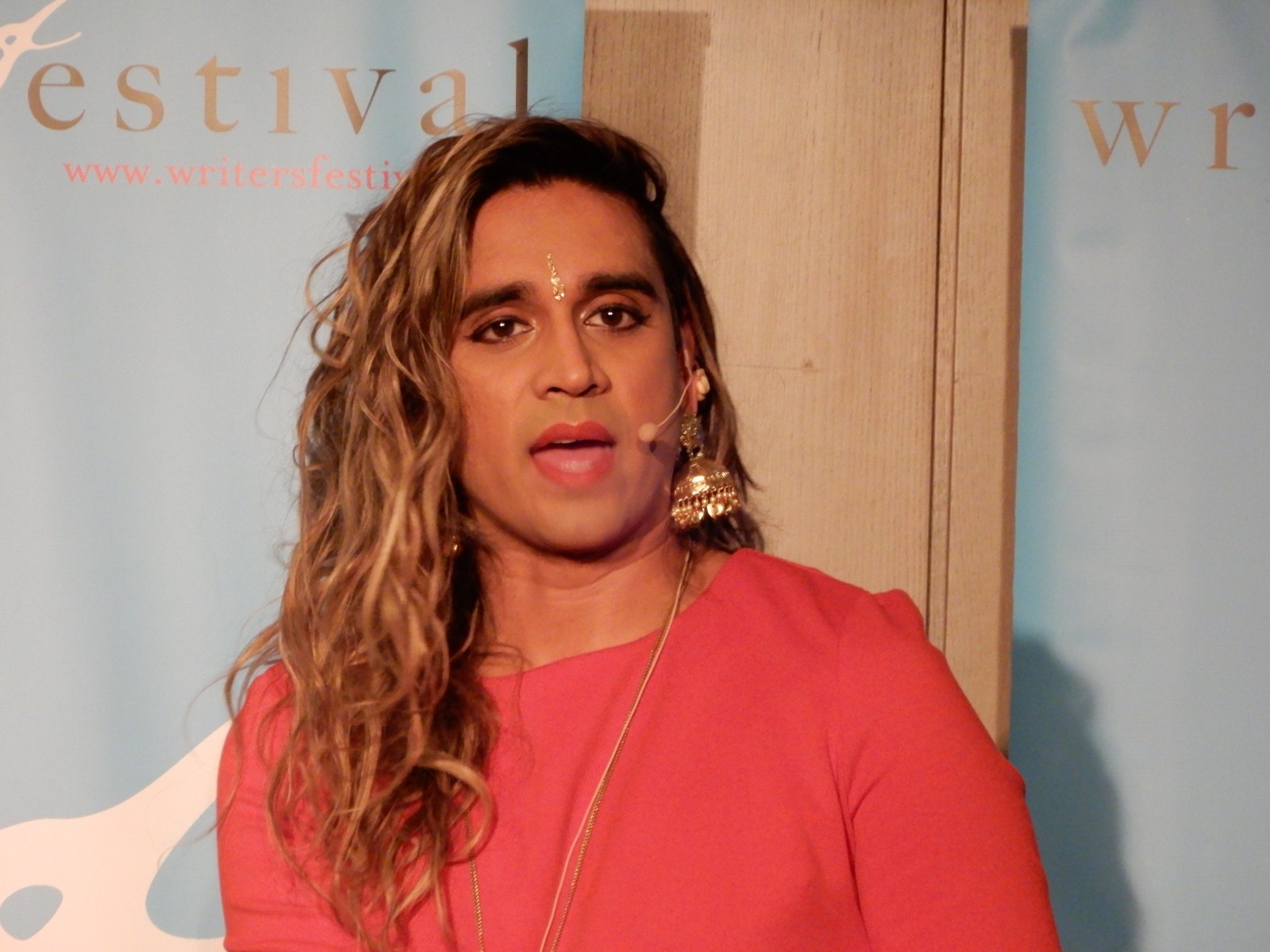 “How did you break free?” That’s the final question of the night to Vivek Shraya, the author of I’m Afraid of Men. Where was her book when he was making his transition, the audience-member wonders aloud, acknowledging he has transitioned into a “safe version” of himself, one the world around him could, perhaps, more readily accept.

Hand over her heart as the audience member poses that question, Shraya is visibly moved. And the room is too – we are collectively quiet and concerned.

“Own the parts of you that you don’t want to sacrifice for either side,” Shraya offers. As a gender nonconformist, she draws attention to her unshaven legs.

“I love my hairy legs and chest,” she adds before offering a cautionary closing message to the crowd. We can all be complicit in policing ourselves or others, she offers, but we don’t have to buy into the so-called gender rules.

So why do we do it then? Why do we create expectations for ourselves and others of what it means to be a man, woman, masculine or feminine?

Shraya offers this reason – because we too often deprive ourselves of diverse viewpoints which show us that an alternative is possible.

That’s one of the reasons Shraya wrote I’m Afraid of Men. As a racialized, trans, gender-nonconforming woman, she felt compelled to write a book that shared her experiences.

My job as the artist is to imagine possibilities, observed Shraya, noting that people are often stuck in the way things have always been done. I’m Afraid of Men is intended to help readers visualize gender identity in a more open and inclusive manner.

“My fear was so acute it took me two decades to undo the damage of rejecting my femininity,” says Shraya. But here she is: a powerful stage presence in song and spoken word. I snap a photo of her as the light catches her bindi.

During her spoken word performance, Shraya tells us that the saddest part of her night is when she removes her bindi. It’s the last part of herself she sheds, letting the wind catch it from her fingertips. It’s all part of the routine of dressing down into an outfit that won’t risk too much attention. The only time she gets to make choices about how she wants to live or act without judgement is inside the confines of her apartment. That’s when she thinks about how she’ll have to do it all over again tomorrow.

And so, Shraya challenges us to widen our lens on gender. She puts forward a challenge for publishers too, underscoring the importance of opening access to trans and queer writers who have important stories to share with a broad audience.