From the original collection " Home Schooling "


(cStories eBook Single ...continued from win.cstories.ca ) ... Harold’s school was, or had been, called Miramonte. When they first came here Annabel had discovered the name carved into a rock near the front gates. When she’d shown it to Harold, he’d said how interesting: the apartment building where he’d lived in San Jose, the auspicious year he’d met their mother, was called the Miramonte. He’d considered the coincidence a good omen. He’d called to Nori, who had been up near the house hanging laundry out on a clothesline, to come and see. She’d picked Mika up and walked down the driveway to where Harold and Annabel were standing. “I remember that apartment,” she’d said. She’d handed Mika to Harold and had drawn a finger lightly over the carved letters, then wiped her hand on her jeans. “It isn’t a name I’d pick,” she’d said, her voice cool.

“What would you pick?” Harold had asked. Nori had said she didn’t have time to think about it. She’d taken Mika from Harold — Mika was still a baby, less than a year old, when they came to the island — and trudged back up the drive to the waiting basket of cold, wet laundry. Harold had brushed dust and grass seed off the rock. The name shone out at him, a light in darkness, Annabel could see, although in truth the letters were weathered, malformed, with a dark greenish tincture, like verdigris on copper.

Annabelle saw first the woman’s hands, bruised and scratched from her work. Then she saw her laced-up shoes, blunt at the toes, with rundown heels and draggled laces. The woman’s unruly reddish hair tumbled from under a rain-spotted, wide-brimmed hat. She crouched near the rock. I gave our home this name, she seemed to say. Another time, the woman stood in the field near the forest, not alone, but with a companion. Annabel saw them and they saw her, she knew they did. Their names were Jane and Fredericka. Their story went something like this: in the early 1930s they came to the island and purchased five acres of low-lying land on Mariner Road, where they built a house, the same house Annabel lived in now. Jane, it was said, had been escaping a jealous husband — and a child, according to some versions of the story — and Fredericka, who was called Freddy, had given up a promising career in the civil service to be with Jane. On the island they could walk arm in arm along the beach, go skinny-dipping, hold hands outdoors, run through the grass with their hair streaming in the wind, their faces flushed with exertion and laughter. They could do as they pleased, with no one to give them curious looks, not that they would have cared.

Jane shot wild ducks and quail. Freddy dug clams at low tide and kept chickens and acquired an amphibious car that she navigated across the channel to town when she needed to stock up on supplies. Annabel knew these things about Fredericka and Jane because Patrick had told her. When he was six years old, Jane and Freddy would let him feed their chickens and play with the newborn kittens in a cardboard box on the back porch. They’d invited him to their house and fed him treacly oatmeal cookies that stuck to his teeth. They poured glasses of homemade blackberry cordial, sunlight reflected like clotted cream in its murky depths. Iron pots the size of cauldrons simmering on the stove, a mousetrap in a corner, a Westminster clock that chimed the quarter hours. 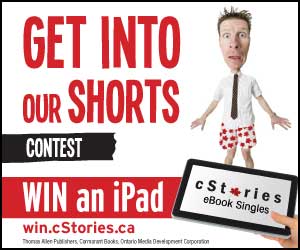