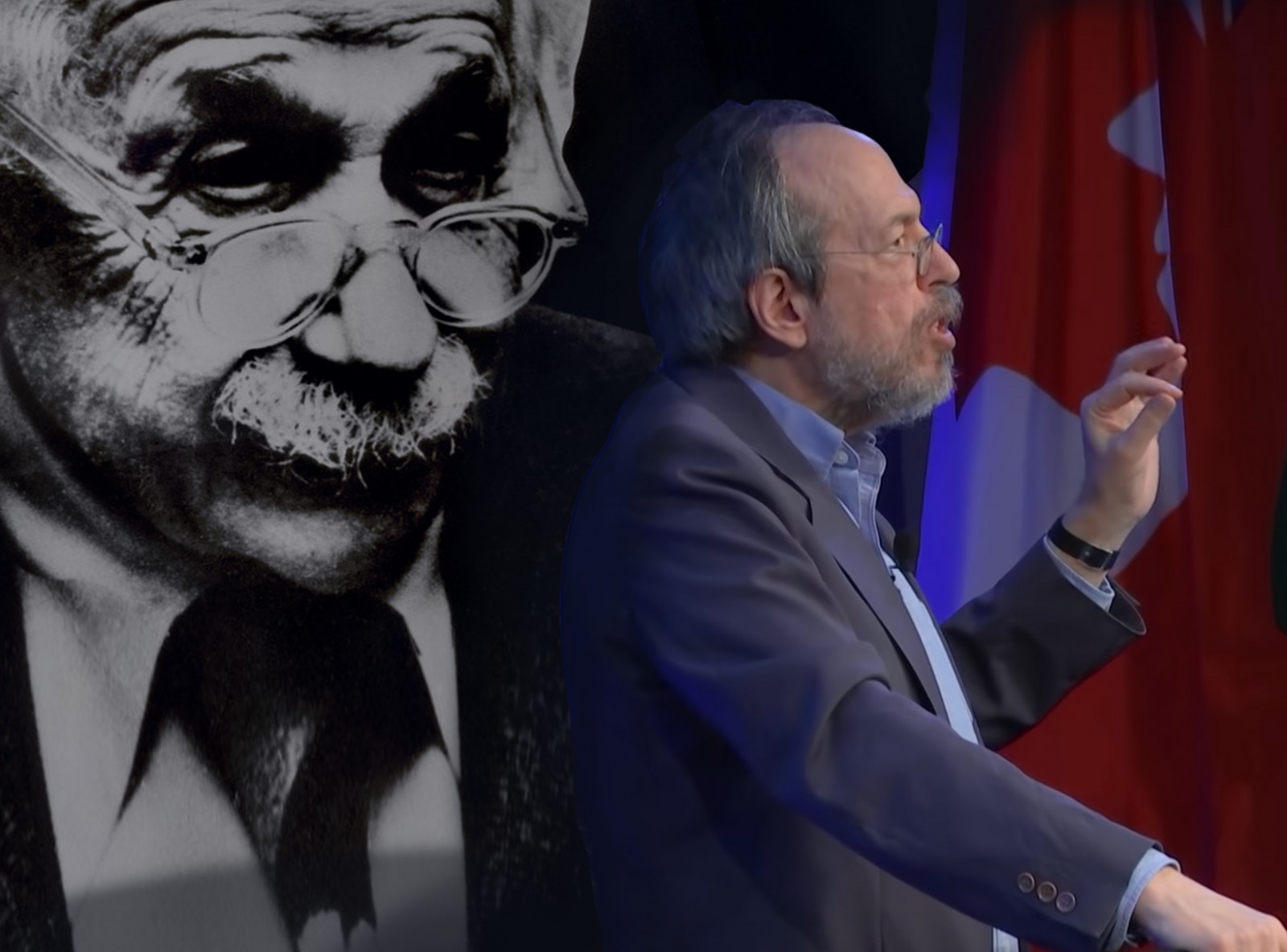 Lee Smolin strode onto the stage to face his audience, a man on a mission. His posture suggested it was a mission he did not expect to see completed in his lifetime. Smolin is a renowned physicist in pursuit of a holy grail of physics. His goal is of both quantum and cosmic proportions — a theory unifying the very small with the very large, as expressed in his new book Einstein's Unfinished Revolution. The event was hosted by Stephen Brockwell, a man uniquely skilled at steering conversation away from dense thickets of terminology. But for the occasional jargon, Smolin’s tale was elegant and accessible. His tranquil voice belied a fiery passion to solve one of the toughest problem in intellectual history: unifying quantum mechanics with general relativity. This challenge is a nut that Einstein himself had failed to crack, leaving it to be resolved by future generations of scientists. While much progress has been made, a final theory eludes us. Smolin believes he can tell us why.

Einstein’s revolution began with his theory of general relativity — a theory governing the very large. Shortly after scientists began developing theories of the very small - that of the spooky quantum realm. Here, Smolin has a bone to pick with theories of phenomena that depend on the presence of an observer. Considered mind-dependent, he calls these theories “anti-realist.” Smolin believes such theories should be exchanged for ‘realist’ views, like those we have of the atomic world. This view of realism has been criticized, with some voices arguing that science should only be evidence-dependent. Regardless, scientists agree that a grand theory of everything still waits to be discovered. Opinions differ on how to arrive there.

In Einstein’s Unfinished Revolution, Lee Smolin proclaims he has found the pieces of the map, hidden within the history of physics. When pieced together, he says, they will guide our way to the final treasure. Smolin recognizes that this will take unconventional thinking. He calls on fellow physicists to remove their anti-realist blinders and move past their theoretical entrenchment.
As much as Smolin departs from mainstream science, he is in line with the history of scientific thought. There was a time in the history of every modern idea when it once seemed daring and unconventional. It has been those who set sail from familiar thinking who opened new continents of thought.

Whether one agrees with him or not, Smolin stood on stage with an intellectual bravery to be admired. The history of progress has been marked by such deviations from the norm. It is an intellectual heritage that Einstein knew well as he advanced ideas that forever changed the direction of thought. How fitting it would be if completing Einstein’s revolution meant once again turning the world on its head.