Mothers are strong influences on the page, as in life—that’s one of the striking similarities between the memoirs by Darrel J. McLeod, the author of Mamaskatch: A Cree Coming of Age and Tom Wilson, the author of Beautiful Scars: Steeltown Secrets, Mohawk Skywalkers and the Road Home.

McLeod’s mother, Bertha, had a personality larger than life. “She was the most doting mother,” McLeod remembered, referring to his early childhood. Later, home life grew chaotic and unstable, as his mother took up drinking. McLeod’s mother was a residential school survivor who managed to hold tight to her Cree heritage. In turn, she instilled a deep sense of cultural pride in McLeod.

Meanwhile, Tom Wilson writes about his two mothers in Beautiful Scars. There’s the only mother he’d ever known, Bunny Wilson, who would turn out to be his adoptive mother. And then there’s his cousin, Janie Lazare, who would turn out to be his biological mother (or as Wilson lovingly refers to her—his “cousin-mother”). The discovery of his complex parentage also sheds light on Wilson’s Mohawk roots, which ran in deep contrast to his “Steeltown” Hamilton upbringing.

When Wilson started his book, he was angry with both mothers and his adoptive father too. However, the process of writing Beautiful Scars allowed him to channel his anger and move past it.  As he told the audience, his negative feelings began to dissolve as he wrote. “The love that I had . . . started to come out. It was completely freeing. And it allowed me to write honestly and truthfully,” observed Wilson. It also saved him hundreds of thousands of dollars in therapy, he joked.

McLeod echoed Wilson’s reference to psychiatry —he’d already spent tens of thousands of dollars on therapy before he had started Mamaskatch. Thankfully, McLeod’s therapy enabled him to begin his book as a labour of love. Indeed, McLeod wrote Mamaskatch to help those like him, who have endured trauma.

“I didn’t want to mask the challenges and the hurt and the trauma I went through,” said McLeod. The reading McLeod shared was raw with emotion and humanity. Seamlessly interweaving English and French dialogue, he read aloud a passage from Mamaskatch in which he was a young man working as an orderly and psychiatric worker. It was particularly moving to hear of McLeod’s experience with Philippe, a psychiatric patient who had been placed on suicide watch after surviving gunshot wound to the head. In the exchange with Philippe, McLeod related the story of his sister, Debbie, who committed suicide. Later, the audience learns that three of McLeod’s siblings committed suicide. The McLeod family tragedy magnifies a national crisis: the suicide rate of Indigenous people is four times that of non-Indigenous people in Canada.

Unquestionably, these memoirs both delivered on their promise of revealing intimate details about the authors, their lives and families. For Wilson, the discovery of his adoptive history outlined in his memoir was preceded by sharing his family secret on CBC radio. Penguin Random House Canada reached out to the three-time Juno-winning Canadian musician to write his memoir after the broadcast. Wilson’s first reaction was to say no. How would he write 70,000 words when, as a musician, he was accustomed to communicating in three verses and a chorus? “That’s like going from a Fiat to a Cadillac Escalade,” noted Wilson. But Wilson brought his lyrical talent to the page, interweaving poetry with narrative. True to form, Wilson read and sang during the OIWF and Ottawa Public Library-sponsored event.

At their most basic, memoirs are life stories. But sometimes, memoirs are a glimpse into more life yet still to live. “The book is a journey I’m still on—the story is in complete motion right now,” says Wilson. Other times, memoirs have a life of their own before an author breathes them new life on the page. “It was giving life to something that already existed. I was just the channel,” says McLeod of his memoir, a finalist for the 2018 Governor General's Literary Awards. It took up the better part of six years to complete, but after two years he knew he had something special. 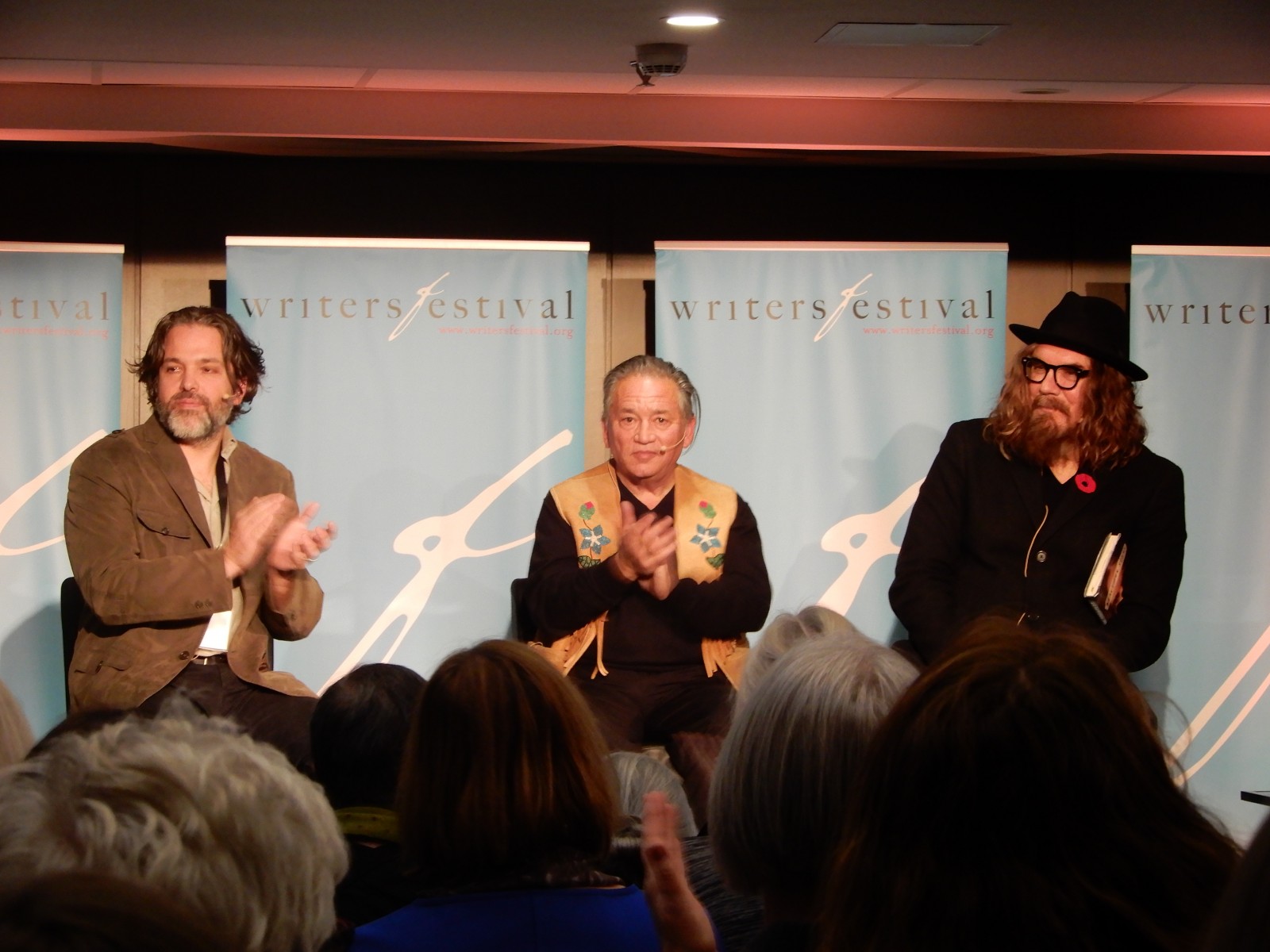