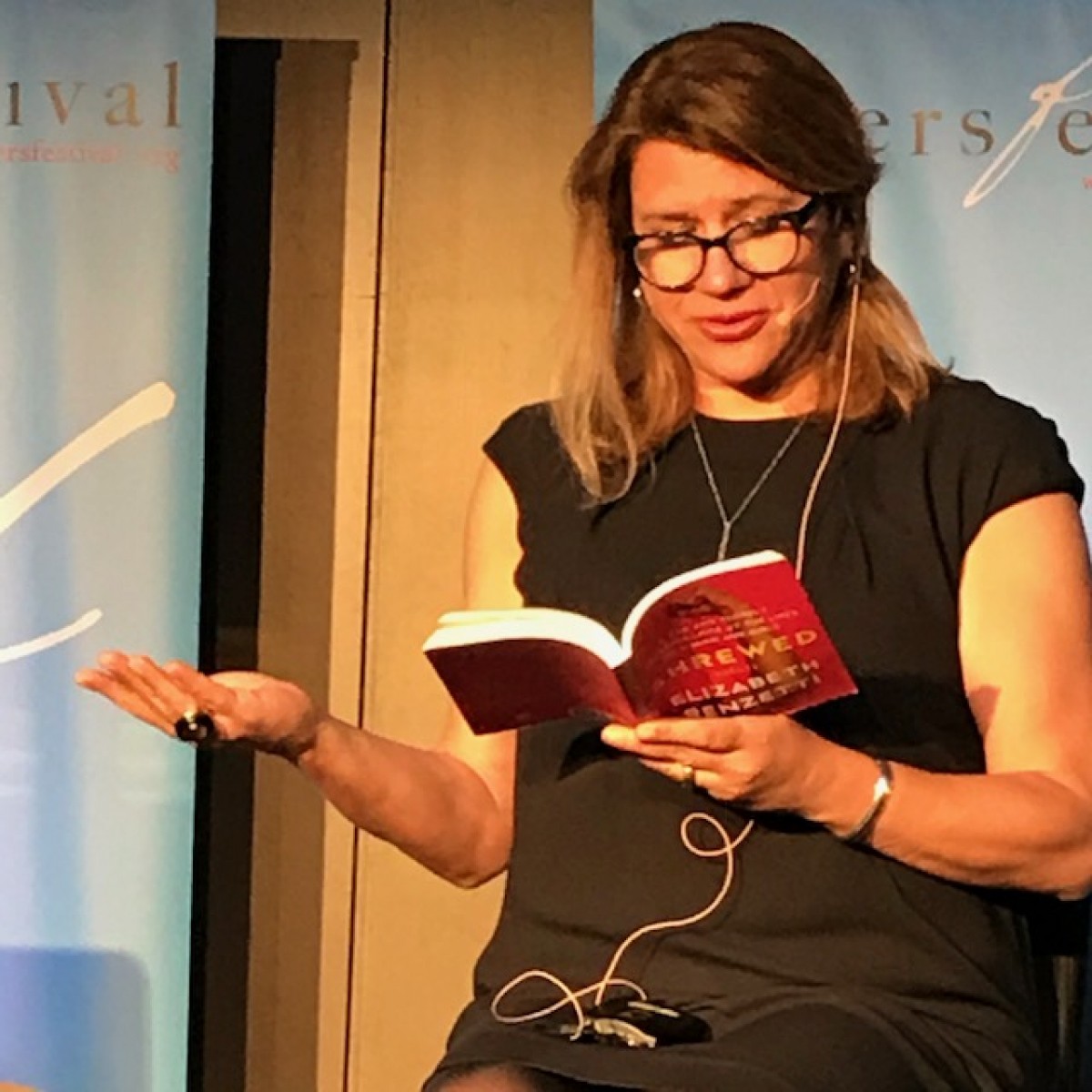 “What do we tell our daughters about this election?” columnist Elizabeth Renzetti asked her Globe and Mail readers in November of 2016. Renzetti called for all “nasty women” to not forget, to look forward, to organize and, somehow, overcome. That same evening, her publisher told her to write a book about the gap between “where we thought we were and where we really are.” Shrewed : A Wry and Closely Observed Look at the Lives of Women and Girls, the result of that conversation, explores the body blow of the election and the valorization of Trump in the White House. Galvanized by the mess of misogyny we collectively found ourselves in that night, Renzetti’s essays explore the personal and the political — at times through a prism of popular culture —  as a means of collectively navigating our way out of the current state of affairs in North America.

Renzetti’s Sunday night conversation with CBC’s Vassy Kapelos was at turns rollicking, sardonic, and consistently insightful. Renzetti described her vision of modern feminism and activism with wit and a sense of irony, informed by years of reporting, motherhood, and avoiding household chores. By the end of the evening, the audience knew about her passion for more women to enter and remain in politics, her approach to social media in a world where trolling has become commonplace, and her take on whether the Prime Minister can truly be a feminist if he has let electoral reform fall off the agenda. The clearly adoring, largely female and predominantly older crowd in the hall also revealed their own unsettled concerns about what will happen next: have we gone backwards, or forgotten what our victories have been? Renzetti’s response here was thoughtful, admitting that the voices of older women should be more actively sought and acknowledged on topics not related to aging alone. She praised the new wave of young, vocal, dedicated feminists whose fierce commitment to inclusion is key to moving the agenda forward.

Reading from Shrewed, Renzetti began the evening with two humourous letters to her children. Addressing her twelve year-old daughter, Renzetti shared her hope that their shared pleasure in watching formulaic television shows like The Bachelor might serve as a modern-day “vaccination” against big fat weddings and all they signify. Renzetti urged her daughter to be a strong, empowered protagonist in her own life, approaching its possibilities on her own terms. To her son, Renzetti cleverly fashioned a letter around his love of Lego. “Lego snaps together perfectly, and can always be repeated”, Renzetti observed. “But you’ve discovered now that the world isn’t - it’s more Jenga than Lego these days. The road ahead and all the links are like disappearing ink.” The love and connection she has with both children is palpable and more optimistic than one might think, as she reminds them both, “I trust you to be able to build something true, even on shaky ground.”

But the ground is at a seismic moment right now: Renzetti confessed that while there is much progress made with more women wanting to enter politics and the enthusiastic consent movement, she is observing a worrisome “lava of rage” which has the potential to derail advancements thus far. Renzetti’s prescription is all about connecting, respect, and understanding history. She referenced Roxane Gay and Mona Eltahawy, Ruth Bader Ginsburg and Ottawa’s own Julie Lalonde. As for emotional labour in the household and in the office, where women too often play the role of domestic convener and workplace organizer, Renzetti insists there be discussions first. And then? Step back and stop bringing the coffee, taking collections for office occasions, counsels Renzetti. The author of Shrewed has sage advice for difficult times.