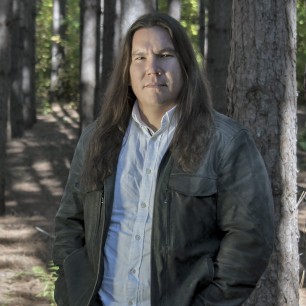 Waubgeshig Rice is an author and journalist originally from Wasauksing First Nation. His first short story collection, Midnight Sweatlodge, was inspired by his experiences growing up in an Anishinaabe community, and won an Independent Publishers Book Award in 2012. His debut novel, Legacy, followed in 2014. He currently works as a multi-platform journalist for CBC in Sudbury. In 2014, he received the Anishinabek Nation’s Debwewin Citation for excellence in First Nation Storytelling. Waubgeshig now splits his time between Sudbury and Wasauksing.