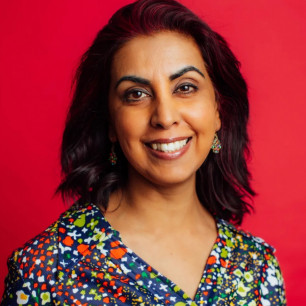 Zarqa Nawaz is a Canadian film and television producer, public speaker, journalist, and former broadcaster. She is the author of the memoir Laughing All the Way to the Mosque , which was shortlisted for the Leacock Medal for Humour, the Kobo Emerging Writer Prize, and two Saskatchewan Book Awards. She also created the hit CBC comedy series Little Mosque on the Prairie , the world’s first sitcom about a Muslim community living in the West, and is the creator and star of the forthcoming series Zarqa . Zarqa lives in Regina, Saskatchewan, with her loving but long-suffering family. Visit her at ZarqaNawaz.com or on Twitter @ZarqaNawaz.