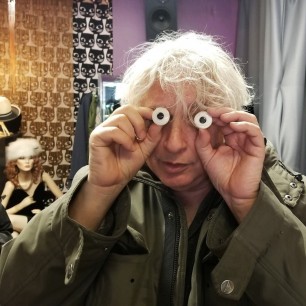 Stuart Ross is a writer, editor, writing teacher, and publisher. He is the winner of the 2019 Harbourfront Festival Prize for his contributions to Canadian literature and Canadian literary community. Stuart’s 20 books of fiction, poetry, and essays include Motel of the Opposable Thumbs (Anvil Press, 2019), A Sparrow Came Down Resplendent (winner of the Canadian Jewish Literary Award for Poetry; Wolsak and Wynn, 2016), Pockets (ECW Press, 2017), Snowball, Dragonfly, Jew (winner of the Mona Elaine Adilman Prize for Jewish Fiction; ECW Press, 2011), and Buying Cigarettes for the Dog (winner of the ReLit Prize for Short Fiction; Freehand Books, 2009). For three decades, Stuart has led workshops across the country; he was the 2010 Writer in Residence at Queen’s University. Through his imprints at Mansfield Press (2007–2017) and Anvil Press (2018–present), he has mentored many first-time authors and worked with dozens of mid-career and senior authors. His poetry has been translated into French, Slovene, Russian, Spanish, and Estonian. Stuart lives in Cobourg, Ontario.

Shop locally if you can: Books by Stuart Ross are available from Perfect Books.