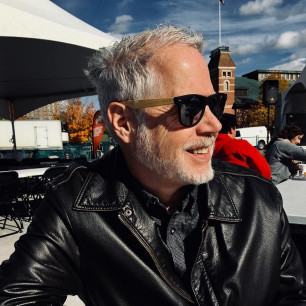 Michael Blouin has been a finalist for the Amazon First Novel Award, the bpNichol Award, the CBC Literary Award and his first novel won the 2009 ReLit Award. He has been the recipient of the Lilian I. Found Award, the Diana Brebner Award and the Lampman Award. His 2019 novel Skin Housewon the 2020 ReLit Award for Best Novel and has been included on the NASA/Astrobotics Peregrine Mission to the Moon as well as the SpaceX lunar landing.