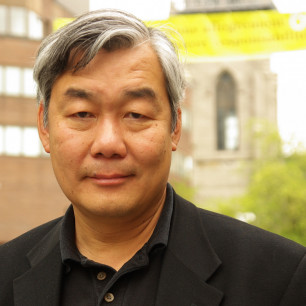 Inspired by his 15-part documentary Chinese Restaurants, film-maker, director, writer, story-teller Cheuk Kwan's Have You Eaten Yet? considers the international Chinese diaspora through the lens of food—creating an intrepid travelogue of grand vistas, adventure and serendipity, charting a living atlas of the global Chinese migration, and revealing the synergies of politics, culture and family.

Family-run Chinese restaurants are cultural outposts of far-flung settlers, bringers of dim sum, Peking duck and creative culinary hybrids like the Madagascar classic soupe chinoise, Chinese restaurants are a microcosm of greater social forces—an insight into time, history and place. From Africa to South America, the Jade Gardens and Golden Dragons reveal an intricate tangle of social schisms and political movements, offering insight into global changes and diasporic histories, as the world has moved into the 21st century.

Cheuk Kwan, a self-described "card-carrying member of the Chinese diaspora," weaves a global narrative by linking the personal stories of chefs, entrepreneurs, labourers and dreamers who populate Chinese kitchens worldwide. Behind these kitchen doors lies an intriguing paradox which characterizes many of these communities: how Chinese immigrants have resisted—or often been prevented from—complete assimilation into the social fabric of their new homes, maintaining strong senses of cultural identity, while the engine of their economic survival—the Chinese restaurant and its food—has become seamlessly woven into cities all around the world.