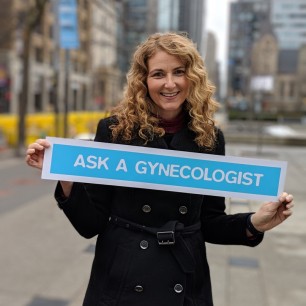 Dr. Jen Gunter is an obstetrician and gynecologist with nearly three decades of experience as a vulvar and vaginal diseases expert. Soon to be profiled as an ELLE Magazine Woman to Watch, she has been called Twitter's resident gynecologist, the Internet's OB/GYN, and a fierce advocate for women's health. She writes two regular columns for The New York Times, called "The Cycle" (monthly) and "You Asked" (weekly), and has written for a broad range of outlets, from academic publications to The New Republic, Chatelaine, Self, The Cut, and many more.