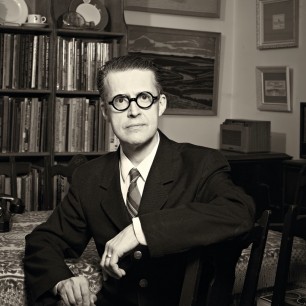 Seth’s cartoons have appeared in the New York Times Magazine , McSweeneys Quarterly , and on the cover of The New Yorker . He is the creator of the comic book series Palookaville. Other books include It’s a Good Life if You Don’t Weaken (1996), The Great Northern Brotherhood of Canadian Cartoonists (2011). His most recent book, Clyde Fans: A Picure Novel (2019) has been hailed by the New York Times as “a masterwork.”