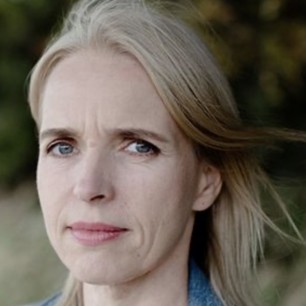 Annette Hess grew up in Hanover and currently lives in Lower Saxony. She initially studied painting and interior design, and later scenic writing. She worked as a freelance journalist and assistant director, before launching a successful career as a screenwriter. Her critically-acclaimed and popular television series Weissensee, Ku'damm 56 and Ku'damm 59 are credited with revitalizing German TV. She has received numerous awards from the Grimme Prize to the Frankfurt Prize to the German Television Prize. The German House is her first novel.

Shop locally if you can: Books by Annette Hess are available from Perfect Books.