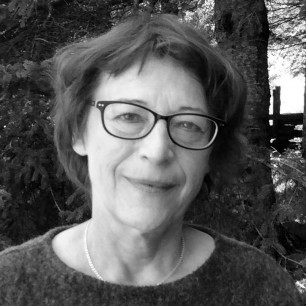 Andree A. Michaud is one of the most beloved and celebrated writers in the French language. She is, among numerous accolades, a two-time winner of the Governor General’s Literary Award and has won the Arthur Ellis Award for Excellence in Canadian Crime Writing, the Prix Ringuet, and France’s Prix SNCF du Polar. Her novel Boundary was longlisted for the Scotiabank Giller Prize and has been published in seven territories. Back Roads is Michaud’s eleventh novel and the third to be published in English. She was born in Saint-Sébastien-de-Frontenac and continues to live in the province of Quebec.

Shop locally if you can: Books by Andrée A. Michaud are available from Perfect Books.