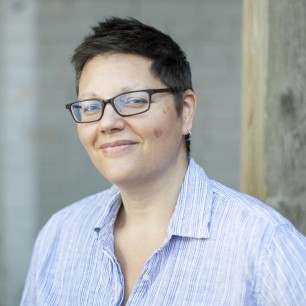 Suzanne Methot has worked as an adult literacy and skills training practitioner since 1991, and as an elementary classroom teacher since 2007. For over a decade, she was principal editor for Ningwakwe Learning Press, creating Indigenous culture-based literacy resources. She was also an Education Officer for school programs at the Art Gallery of Ontario, where she facilitated gallery and studio activities for students from K-12. Suzanne has also worked in advocacy and direct–service positions at Indigenous community-based organizations.

Suzanne’s fiction, non-fiction, and poetry has been published in various anthologies. Her feature articles, guest columns, and reviews have appeared in the Toronto Star, The Globe and Mail, Quill & Quire , Windspeaker, and Canadian Geographic . She is co-author of the Grade 11 textbook Aboriginal Beliefs, Values, and Aspirations (Goodminds/Pearson Education Canada), and is also a primary contributor to Scholastic Canada’s Take Action and Take Action for Reconciliation series of classroom resource books. Her non-fiction book Legacy: Trauma, Story, and Indigenous Healing was published by ECW Press in 2019. In 2014, Suzanne was nominated for the K.M. Hunter Artist Award for Literature. In 2016, she was featured in a CBC Radio Onedocumentary on National Indigenous Peoples Day.

Suzanne has lectured on Indigenous literatures at the University of Toronto’s School of Continuing Education, and was a guest lecturer in the Journalism program at the First Nations Technical Institute at Tyendinaga Mohawk Territory. She has also been a guest speaker/presenter at the Ontario Institute for Studies in Education, the Ontario Library Association Super Conference, the Art Gallery of Ontario, the Royal Ontario Museum, the Hot Docs Film Festival teacher professional development conference, and the Halton District School Board’s 2018 Human Rights Symposium. She was appointed to the Royal Ontario Museum’s Indigenous Advisory Circle in 2014, and is also a member of the Durham College Journalism Program Advisory Committee.

Born in Vancouver in 1968 and raised in Peace River, Alberta — which is known as Sagitawa (“where the rivers meet”) in the Nehiyawak language — Suzanne is a Nehiyaw ayahkwêw of Indigenous and European heritage. Her primary professional interests are decolonizing education for Indigenous and non-Indigenous children in public schools, building cross-cultural understanding around Indigenous issues, facilitating community art projects, and developing trauma-informed systems and institutions.

Suzanne is currently working on a children’s book about lost/hidden urban rivers, and on a novel set in northern Alberta. She is represented by Stephanie Sinclair of the Transatlantic Agency.