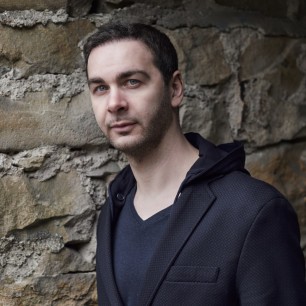 Pierre Jarawan was born in 1985 to a Lebanese father and a German mother and moved to Germany with his family at the age of three. Inspired by his father’s imaginative bedtime stories, he started writing at the age of thirteen. He has won international prizes as a slam poet, and in 2016 was named Literature Star of the Year by the daily newspaper Abendzeitung. Jarawan received a literary scholarship from the City of Munich (the Bayerischer Kunstförderpreis) for The Storyteller, which went on to become a bestseller and booksellers’ favorite in Germany and the Netherlands.