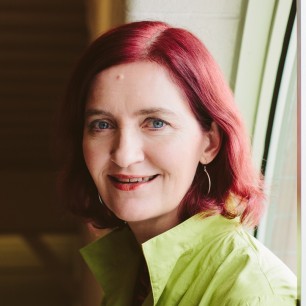 Born in Dublin in 1969, EMMA DONOGHUE is a novelist, screenwriter and playwright who lives in Canada. Her novel Room won the Rogers Writers’ Trust Fiction Prize and the Commonwealth Writers’ Prize (Canada/Caribbean) and was shortlisted for the Man Booker and Orange Prizes, selling more than two million copies. Donoghue scripted the Canadian-Irish film of Room which was nominated for four Academy Awards, including Best Picture. Her fiction (short and long) ranges from the contemporary (Stir-fry, Hood, Landing, Touchy Subjects) to the historical (Slammerkin, The Sealed Letter, Astray, Frog Music). Donoghue’s books for young readers are The Lotterys Plus One and The Lotterys More Or Less. Her last novel for adults, The Wonder, was shortlisted for the Scotiabank Giller Prize.