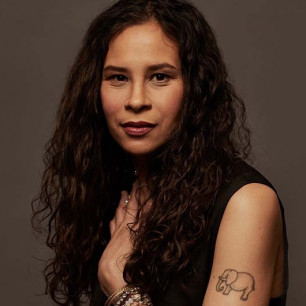 El Jones is a poet, journalist, professor and activist living in Halifax, Nova Scotia. She teaches at Mount Saint Vincent University, where she was named the 15th Nancy’s Chair in Women’s Studies in 2017. She was Halifax’s Poet Laureate from 2013 to 2015. She is the author of Live from the Afrikan Resistance!, a collection of poems about resisting white colonialism. Her work focuses on social justice issues, such as feminism, prison abolition, anti-racism and decolonization. Since 2016, she has co-hosted a radio show called Black Power Hour, on CKDU-FM where listeners from prisons call in to rap and read their poetry, providing a voice to people who rarely get a wide audience.