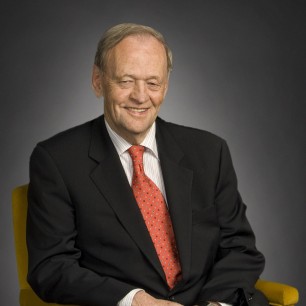 The Rt. Hon. Jean Chrétien was first elected to Parliament in 1963, at the age of twenty-nine. Four years later he was given his first Cabinet post and, over the next thirty years, he headed nine key ministries. From 1993 to 2003, he served as Canada's twentieth prime minister, winning three consecutive Liberal majority governments. He is the recipient of numerous honorary doctorates and is a Companion of the Order of Canada. In 2008, he became co-president of the InterAction Council, and in 2009 he was awarded the Order of Merit by Her Majesty Elizabeth II. In 2014, he joined the law firm Dentons as counsel, working primarily in Ottawa.