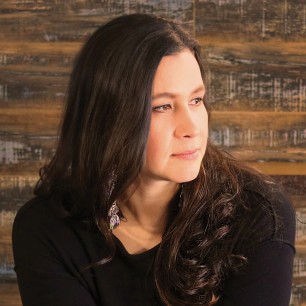 Katherena Vermette is a Métis writer from Treaty One territory, heart of the Métis nation, Winnipeg, Manitoba, Canada. Her first book, North End Love Songs won the Governor General’s Literary Award for Poetry. Her novel, The Break was a bestseller in Canada and won multiple awards and nominations. She is also the author of the graphic novel series, A Girl Called Echo, the children’s picture book, The Girl and The Wolf and co-wrote and co-directed the Canadian Screen Award winning Short Documentary, this river. Vermette lives with her family in a cranky old house within skipping distance of the temperamental Red River. The Strangers is her second novel.