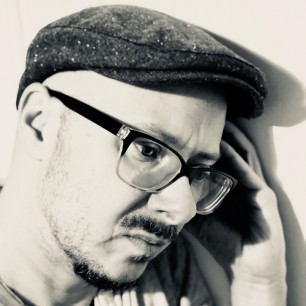 John Ian. Singer/Songwriter.
In his intense, poetic and heartfelt songs inspired by folk, rock and alternative music John Ian tells stories, observes and ponders.Things may at times look somber in his songs, but never hopeless. Despite the sadness and madness in this world there always is a way out of the darkness into the light. John Ian was born and raised in Germany as a girl and had to take some detours to get to where he is today.Along the way he was able to reach the third place in an international songwriting contest in 2006 as well as the semi-finals of the UK Songwriting Contest in 2011.
In the two years before the pandemic he was performing live in Ottawa and beyond on a regular basis, usually as a solo act playing acoustic guitar and harmonica.
So far he has released three self-produced albums that are available on all major music platforms.
Website: www.john-ian.com Social media: @johnianmusic