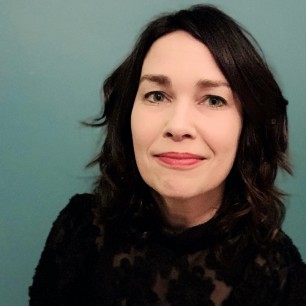 Aislinn Hunter is an award-winning novelist and poet and the author of seven highly acclaimed books including the novel The World Before Us, which was a New York TimesEditor's Choice, a Guardian and NPR "Book of the Year," and winner of the Ethel Wilson Fiction Prize. Her work has been adapted into music, dance, art, and film forms—including a feature film based on her novel Stay, which premiered at the Toronto International Film Festival. Hunter holds degrees in Creative Writing, Art History, Writing and Cultural Politics, and English Literature. In 2018 she served as a Canadian War Artist working with Canadian and NATO forces. She teaches creative writing and lives in Vancouver, BC.