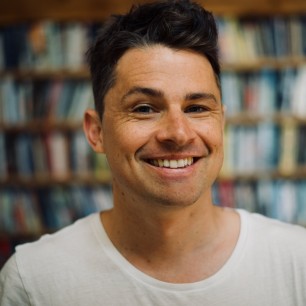 Michael Christie is the author of the novel If I Fall, If I Die, which was longlisted for the Scotiabank Giller Prize, the Kirkus Prize, and the International IMPAC Dublin Literary Award, and was selected as a New York Times Editors Choice Pick, and a linked collection of stories, The Beggar's Garden, which was longlisted for the Scotiabank Giller Prize, shortlisted for the Rogers Writers' Trust Fiction Prize, and won the City of Vancouver Book Award. His writing has appeared in the New York Times, the Washington Post, and the Globe & Mail. A former carpenter and homeless-shelter worker, he divides his time between Victoria and Galiano Island, where he lives with his family in a timber frame house that he built himself. For more information, visit michaelchristie.net.