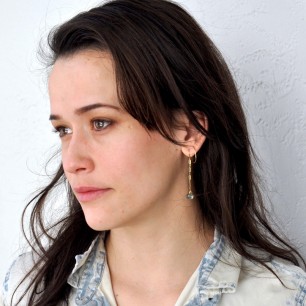 K.B. Thors is a poet, translator, and educator from rural Alberta, Canada. Her debut collection Vulgar Mechanics is expected from Partus Press (UK/Iceland) in 2019. Her translation of Stormwarning (Phoneme, 2018) by Icelandic poet Kristín Svava Tómasdóttir won the American Scandinavian Foundation’s Leif and Inger Sjöberg Prize and is currently nominated for the PEN Literary Award for Poetry in Translation. She is also the Spanish-English translator of Chintungo: The Story of Someone Else by Soledad Marambio (Ugly Ducking Presse, 2018). Her poems, essays and literary criticism have appeared around the U.S., U.K., and Canada. She has an MFA from Columbia University, where she was a Teaching Fellow in Poetry.