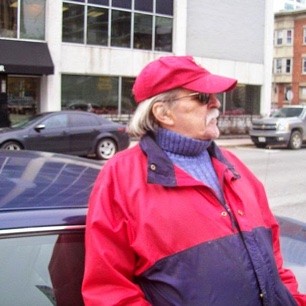 William Hawkins was born in Ottawa in 1940. After side trips to the West Coast and Mexico, he resides in the capital, pursuing enlightenment or a reasonable alternative thereto. Hawkins worked as a truck driver, cook, journalist and musician before settling on the taxi profession as a means of preserving integrity and ensuring near-poverty. He is now retired. His work appeared in the seminal anthology New Wave Canada: The New Explosion in Canadian Poetry (Toronto: Contact Press, 1966) edited by Raymond Souster and Modern Canadian Verse (Toronto: Oxford, 1967) edited by A.J.M. Smith. His books include Ottawa Poems (Kitchener: Weed/Flower Press, 1966) and The Madman’s War (Ottawa: S.A.W. Publications, 1974). Broken Jaw Press published his Dancing Alone: Selected Poems in 2005. Also an acclaimed songwriter, a tribute CD (Dancing Alone: The Songs of William Hawkins) was released in 2008. In 2013, he was inducted into the VerseOttawa Hall of Honour.