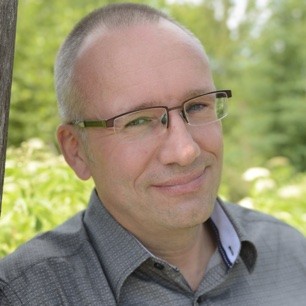 Louis Helbig brings an eclectic background to his work. He competed internationally on Canada’s national cross country ski team, flew bush planes in rural BC, holds an MSc from the London School of Economics, and has worked as a cabinet minister’s advisor, an economist, and a university lecturer. He left Canada’s Department of Foreign Affairs in 2006 to become a full-time artist.
His work has appeared in Maclean’s, the New York Times, Adbusters, Banff Centre’s Boulder Pavement, the Globe & Mail, Discover Magazine, Business Insider, Photo Prefix, CBC, Reader’s Digest, CTV and Gizmodo, amongst others. See reviews and media features about Beautiful Destruction here.


Beautiful Destruction is published by Rocky Mountain Books. His book, with its stunning imagery of the industrial development in the forests of Northern Alberta and its unprecedented inclusion of 16 essays by prominent individuals with very different ideas, is helping to change how Canadians and the world view, understand and discuss the oil/tar sands. In Canada it is helping defuse a highly polarized, divisive issue and create space for substantive, meaningful discussion of the oil/tar sands. Internationally, it is raising awareness of a massive, largely unknown industrial project in the Canadian wilderness at the centre of one of the dilemmas of our time: grappling with the realities and contradictions of climate change versus a petroleum driven global economy.


Another ongoing project is Sunken Villages about what disappeared and has re-emerged; fifteen communities flooded by the St Lawrence Seaway in 1958 reappearing in water now clarified by the zebra mussel. In this project Louis combines his aerial photographs of what can still be seen of the lost villages with the voices of those affected by the flooding.