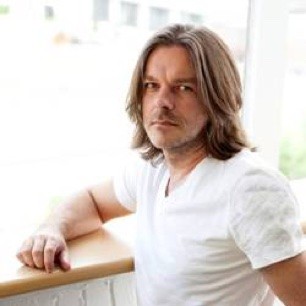 Greetings,
My name is Sylvain Neuvel. I was born in Quebec City and raised in a small Quebec town called L'Ancienne-Lorette.

I write science fiction. My novel, Sleeping Giants, is coming out April 2016 from Del Rey. It revolves around a secret project to assemble the ancient body parts of a giant humanoid relic buried throughout the world by aliens.

I have a B.A. in linguistics from Université de Montréal in 1999. I received my Ph.D. in Linguistics from the University of Chicago in 2003. My main interests are word-based morphology, computational morphology, as well as formal and lexical semantics and most of my work focuses on a formal characterization of polysynthesis, compounding and agglutination in word-based morphological terms.

I am currently Director of translation services and a software engineer for a Montreal company. I'm also a certified translator and an astronaut (ok, I made that last one up).

I have a son, Théodore, who's a real genius, and a cat, President Laura Roslin, not quite as smart. My personal interests include robotics as well as science-fiction in all shapes and sizes. I'm obsessed with Halloween and I'm currently building a working R2-D2 replica.