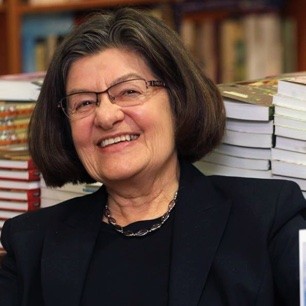 Sharon Butala is the award-winning author of numerous works of fiction, non-fiction, short stories, poetry, and plays. Wild Rose is her first book since her Globe & Mail bestseller The Girl in Saskatoon was published in 2008. Her first book, Country of the Heart, was published in 1984 and was shortlisted for the Books in Canada First Novel Award. Since then, her work has been shortlisted for the Commonwealth Prize in the Canadian-Carribean section, as well as for the Governor General’s Award. Sharon has also been the recipient of the Marian Engel Award, the Saskatchewan Order of Merit, and the Cheryl and Henry Kloppenburg Award for Literary Excellence, among others. Butala’s work has been published in newspapers, magazines, and literary magazines across Canada, and she has given readings around the world. She is an Officer of the Order of Canada.

Butala was born in an outpost hospital in Nipawin, Saskatchewan. After graduating from the University of Saskatchewan, she taught English in Saskatchewan and British Columbia and also taught in Halifax, Nova Scotia. She eventually returned to Saskatoon, before moving to Eastend, Saskatchewan, with her husband Peter Butala in 1976. She has lived in Calgary, Alberta since her husband's passing.