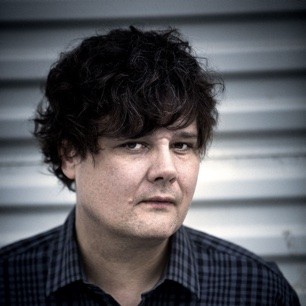 Ron Sexsmith is a major contemporary writer/artist who has amassed a sizable and consistently enthralling body of work since making his major label debut in 1995 with his self-titled album on Interscope, followed by such eloquent musical gems as Other Songs (1997), Blue Boy (2001), Retriever (2004) and Time Being (2006). Each has its own particular character but is connected to the rest by the overarching intelligence, impeccable taste and understated emotionality of this single-minded voice in the pop-cultural wilderness. As one new fan put it in a comment on iTunes, Sexsmith’s music “wins you over with a silk punch.” Well put.

On his ninth album, the cagily titled Exit Strategy of the Soul (with an emphasis on the last word of this provocative phrase), released July 8 on Warner Music Canada, Sexsmith once again brings a provocative new wrinkle to his expansive aesthetic. Informed but not entrapped by soul and gospel music, ornamented by a Cuban horn section and his own gorgeously imperfect piano playing, the album achieves a sort of metaphysical dimension while maintaining breathtaking intimacy.