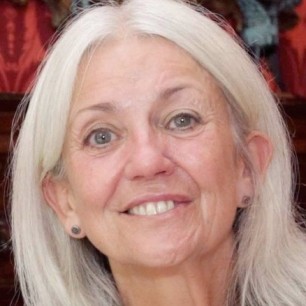 Poet and playwright Paula Meehan was born and reared in Dublin where she still lives. She studied at Trinity College, Dublin and at Eastern Washington University in the United States. She has published six original collections of poetry, the most recent, Painting Rain, in 2009. She has written plays for both adults and children, including Cell and The Wolf of Winter. Her work, Music for Dogs: works for radio, includes three plays concerned with suicide during the recent boom years in Ireland. Selections of her poetry have been published in French, German, Galician, Japanese, Estonian, Spanish, Greek, Chinese and Irish. She has received the Butler Literary Award for Poetry presented by the Irish American Cultural Institute, the Marten Toonder Award for Literature, the Denis Devlin Award for Dharmakaya, published in 2000, The Laurence O’Shaughnessy Award for Poetry 2015, and the PPI Award for Radio Drama. Dedalus Press has recently republished Mysteries of the Home, a selection of seminal poems from the 1980’s and the 1990’s. She was honoured with election to Aosdána, the Irish Academy for the Arts, in 1996. She is currently Ireland Professor of Poetry, 2013 to 2016.