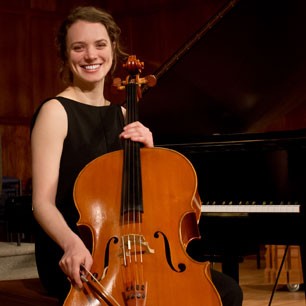 Octavie Dostaler-Lalonde began playing cello at the age of 9. She studied privately with Anik Hébert, and then with Jocelyne Leduc at Pierre-Laporte High School. In September 2004, she began her studies at the Conservatoire de musique du Québec in Montreal with Denis Brott, and, since 2007, with Carole Sirois. She took part in summer internship programs at the Banff Centre, the National Arts Centre, the Domaine Forget—including a chamber music program—, the Toronto Summer Music Academy, and the Orford Arts Centre, which has enabled her to benefit from the teaching of several renowned instructors. A four-time finalist in the Canadian Music Competition, she was the winner of the 2004 OSJM concerto competition, and also won the Montreal Conservatoire’s concerto competition in 2010.