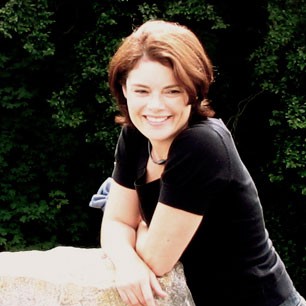 Nerys Parry's debut novel, Man & Other Natural Disasters, was a finalist for the Colophon Prize and tied for seventh in the Giller Prize Reader’s Choice Awards. Her writing has been described as “gorgeous throughout” (Kerry Clare, editor of Canadian Bookshelf), “compulsive reading” (Katherine Lyall-Watson), “engaging and thoughtful” (Winnipeg Free Press), and has been shortlisted for several awards, including the Kenneth R. Wilson Canadian Business Press, Event Creative Non-Fiction, and FreeFall’s Fall Fiction Awards.

Man & Other Natural Disasters tells the story of Simon Peters, a recluse full of half-cocked theories on every subject from heart-broken shrimp to the Jungian consciousness of DNA who spends his days hiding from his horrific past. Enter Minerva, a twenty-two year-old business major whose ghostly resemblance to Simon’s dead sister compels him to reveal his shocking past. But parts of Simon’s story do not add up. When he finds Minerva passed out and bleeding on his bathroom floor, he must conquer the tyranny of his own memory and confront what really happened that summer of 1962. But the truth, when uncovered, proves no less astonishing than the original tale. Based on real events, Man & Other Natural Disasters is a testament to the power of story in a world too often shaken by forces outside our control: nature, terrorism, death—even love. Of all the planet has yet to throw at us, the question remains: can we recover from the worst natural disaster yet—ourselves?

An engineer with a passion for hidden history, Nerys holds a Bachelor of Engineering from Queen’s and a Masters in Fine Arts in Creative Writing from UBC. She lives in Ottawa with her husband and two children.