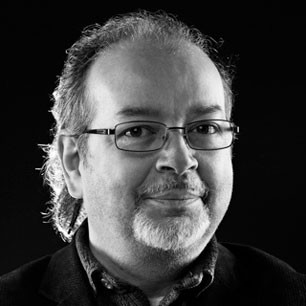 In the spring of 2014, Éditions David will publish Michel Pleau’s new collection Le ciel de la basse-ville, in which he again explores childhood and the memories that awaken in the poet a new awareness of himself and his future. Since 1992 Pleau has published close to a dozen books of poetry and thoughts on the nature of writing. In 2008, Éditions David published Pleau’s book La lenteur du monde, which won the Governor General’s Award for poetry. The English translation, Eternity taking its time, was published by Toronto’s Bookland Press in 2012, and the Spanish translation will be released in 2014 by the Mexican publisher Eternos Malabares. Pleau’s most recent work, Le petit livre de l’été, was a finalist for the Prix des abonnés, awarded by the Bibliothèque de Québec.

Pleau has received the Octave Crémazie Award from the Salon du livre de Québec and the Institut Canadien for his first collection Le corps tombe plus tard, published by Écrits des Forges. He also received the Alphonse Piché Award and the Félix-Antoine Savard Award from the Trois-Rivières International Poetry Festival. Pleau was a finalist for the Émile Nelligan Award for his collection Plus loin que les cendres, published by Éditions du Noroît.

Pleau revels in his community and the people around him, constantly seeking to spark their interest in poetry. As a presenter and educator teaching creative writing for over 20 year to children, adults and seniors, Pleau has developed a unique take on people and their experiences.

A lecturer in the continuing education department of Laval University, he speaks at CEGEPs, and offers poetry workshops for young people through the Quebec government’s cultural education program. He also teaches introductory and advanced poetry courses through the Fédération du Loisir Littéraire du Québec and the Camp littéraire Félix. He has led writing workshops during the 10-day Trois-Rivières International Poetry Festival. Many of Pleau’s students have gone on to be published, receive awards and take their own place in the literary world. Michel Pleau still lives in the neighbourhood of his birth, Saint-Sauveur, in Quebec City’s Lowertown.