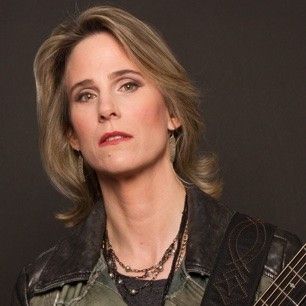 Lynne Hanson is a poet as well as a singer-songwriter. She recently published a delightful book of her poems and photos entitled "friday haiku".

Lynne Hanson's songs are like a favourite pair of jeans – faded and worn through in spots, with some honestly-acquired grit ground into the seams. A Colleen Peterson Songwriting Award winner and Canadian Folk Music Award nominee, Lynne is known for her engaging stage presence, mesmerizing rhythms and powerful songs. She has toured Canada, the US, Europe and the UK, including a tour with toured with Grammy Award-winning guitar legend Albert Lee. Lynne's "River of Sand" album was on Penguin Eggs Magazine's list of the "Top 10 Albums of 2015". A new album called "Uneven Ground", co-produced with Scott Nolan, will be released early in 2017.