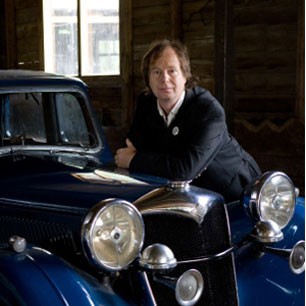 John Lawton is a producer/director in television who has spent much of his time interpreting the USA to the English, and occasionally vice versa. He has worked with Gore Vidal, Neil Simon, Scott Turow, Noam Chomsky, Fay Weldon, Harold Pinter and Kathy Acker. He thinks he may well be the only TV director ever to be named in a Parliamentary Bill in the British House of Lords as an offender against taste and balance – he has also been denounced from the pulpit in Mississippi as a `Communist', but thinks that less remarkable. He spent most of the 90s in New York – among other things attending the writers' sessions at The Actors' Studio under Norman Mailer – and has visited or worked in more than half the 50 states – since 2000 he has lived in the high, wet hills of Derbyshire England, with frequent excursions into the high, dry hills of Arizona and Italy. He is the author of 1963 , a social and political history of the Kennedy-Macmillan years, six thrillers in the Troy series and a stand-alone novel, Sweet Sunday . In 1995 the first Troy novel, Black Out , won the WH Smith Fresh Talent Award. In 2006 Columbia Pictures bought the fourth Troy novel Riptide. In 2007 A Little White Death was a New York Times noteable. In 2008 he was one of only half a dozen living English writers to be named in the London Daily Telegraph's `50 Crime Writers to Read before You Die.' He has also edited the poetry of DH Lawrence and the stories of Joseph Conrad. He is devoted to the work of Franz Schubert, Cormac McCarthy, Art Tatum, and Barbara Gowdy.