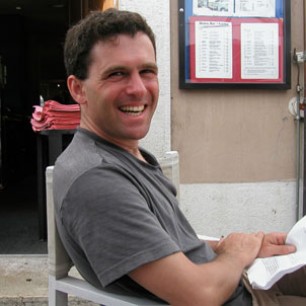 Joel Westheimer is University Research Chair in Democracy and Education at the University of Ottawa, Canada. He is co-founder and executive director of Democratic Dialogue, a research collaborative dedicated to the critical exploration of democratic ideals in education and society. Westheimer’s recent awardwinning book is Pledging Allegiance: The Politics of Patriotism in America's Schools (foreword by the late Howard Zinn). He’s currently working on his third book, Restoring the Public in Public Education. He also publishes widely in newspapers, magazines and scholarly journals and addresses radio and television audiences on shows such as Good Morning America, More to Life, The Agenda, NBC TV News, C-Span, NPR, and CBC radio. He is the recent recipient of the Canadian Education Association’s Whitworth Award “for education research that matters” and education columnist for CBC Radio's Ottawa Morning show. A former musician, Westheimer grew up in New York City where he was also a public school teacher. Before moving to Ottawa, he taught at Stanford University and at New York University. He lives with his wife and two children in Ottawa where, in Winter, he ice-skates to and from work. www.democraticdialogue.com