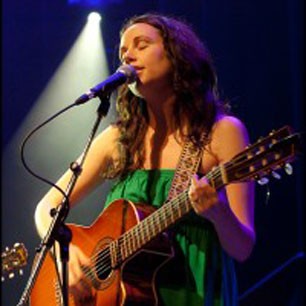 Jill Zmud has been asked where the next album is at. She understands where the question is coming from. The last one, As We Quietly Drive By, came

out back in 2009. The critically-acclaimed collection of torch-folk tunes of heartbreak and hope made 'Best of' lists and contributed to Jill being

labelled as "one to watch". In the time since then, though, she’s had wonderful things happen to her: singing with the likes of Jim Cuddy, and

Ramblin’ Jack Elliott, discovering long-lost reel-to-reel tapes of her songwriting uncle Eddy Clynton, getting to perform at Ottawa Folk Fest, Bluesfest, Jazz Fest and more… not to mention the little life changes of getting a husband and a dog. But there’s also been loss along the way too, namely of her wonderful father Bill. And sometimes, in the midst of that kind of loss, it’s been hard to pick up the guitar and write again. But she is in the process of doing just that, and like so many of her songs' characters, finding the bridge between hurting and healing. And so, to answer that question about the next album, she is learning how to say to others, and herself, “It’s here, beginning.” Jill will be performing at the John Newlove Poetry Award reading on October 25.