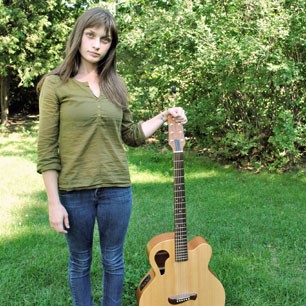 Home grown in Ontario, Jesse Rose has been a staple of the Ottawa live music scene for years. With influences such as Tom Waits and Nina Simone, Jesse skillfully weaves stories into songs that everyone can relate to. Her vocals can be described as low and husky with a soulful quality. Armed with her six sting acoustic baritone guitar, Jesse is known for giving the crowd everything she’s got.