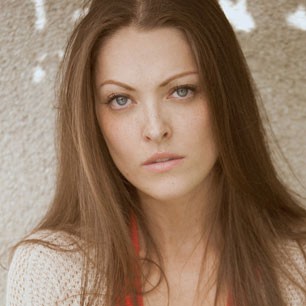 Jennilee Murray was born and raised on a farm in Kelowna, British Columbia, where at an early age, she enjoyed the arts. She earned her BFA with a concentration on drawing, painting, art history and creative writing at UBC in Kelowna. A move to Ottawa, Ontario brought opportunities to further practice her art, while starting up a creative modeling career, and delving into a varied acting portfolio. Jennilee's first dabble into film was a modern horror homage to classic gore - Lee Demarbre's Smash Cut alongside David Hess. She also appeared in a national Harvey's commercial and Michael Dubue's live audio adaptation Night of the Living Dead Live! Currently, Jennilee is exhibiting her most current body of visual work - a 26 piece illustrated series entitled Alphabetta Natura at Oz Kafe.