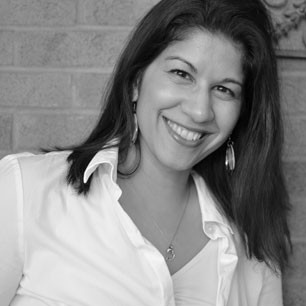 Jasmine Aziz is a retired vibrator seller. She worked as a consultant for four years doing in-home party presentations. In that time she met many amazing and diverse women and was inspired by them to write a novel that would help both men and women navigate the subtle complexities of the modern woman's life. Her debut novel, Sex & Samosas was released in October 2011 and sold out its first print run in only 4 months. Jasmine has been interviewed on Carleton University's CKCU program "Special Blend with Susan Johnston", as well as CBC 1 Radio's "All in a Day with Alan Neal". Sex & Samosas has received excellent reviews from both Capital Xtra weekly as well as Ottawa's largest daily newspaper the Ottawa Citizen. The Citizen review made special note that, "What saves the book from deteriorating into the gratuitousness or banality often found in chick lit is the earnest way the sex scenes are treated - with information, kindness and hilarity - and the surprisingly poignant family anecdotes." She was recently interviewed on sex therapist Rebecca Rosenblat's late night show Sex@11. Jasmine is currently working on her next two projects. One, a novel, and the other, her memoirs already titled Bring Your Own Batteries.