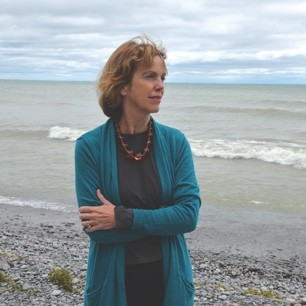 Jane Urquhart was born in the far north of Ontario. She is the author of eight internationally acclaimed novels, among them The Whirlpool, which received Le prix du meilleur livre étranger in France; Away, winner of the Trillium Award, The Underpainter, winner of the Governor General's Award and a finalist for The Orange Prize in the UK, and The Stone Carvers, which was a finalist for The Giller Prize and the Governor General's Award, and for Britain's Booker Prize. She is also the author of a collection of short fiction, and four books of poetry, She has also written a biography of Lucy Maud Montgomery, and was editor of the Penguin Book of Canadian Short Stories. Her work, which is published in many countries, has been translated into numerous foreign languages. Urquhart has received the Marian Engel Award and the Harbourfront Festival Prize. She is a Chevalier dans l'Ordre des Arts et des Lettres in France, and is an Officer of the Order of Canada.

Urquhart has received 10 honorary doctorates from Canadian universities, including the University of Toronto, University of Western Ontario, and the Royal Military College. She has served on the Board of PEN Canada and on the Advisory Board for the Restoration of the Vimy Memorial, and on several international prize juries including that of the International Dublin IMPAC Award, the Giller Prize, The Governor Generals Award Fiction Jury, and the American International Neustadt Award.

Her most recent novel, The Night Stages, was released in 2015 by Farrar Straus Giroux in the USA, McClelland and Stewart in Canada, and Oneworld in the UK..