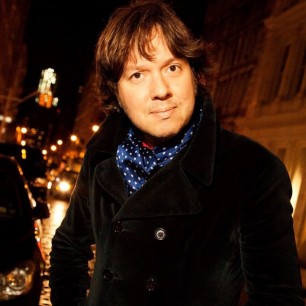 Dave Hill is a comedian, writer, and musician originally from Cleveland but now living in New York City. He has written for The New York Times, The Paris Review, Salon, GQ, McSweeney’s, the Cleveland Plain Dealer, and Guitar World, among other publications. He is a regular contributor to public radio’s This American Life and four five years he hosted his own radio show, The Goddamn Dave Hill Show, on WFMU in Jersey City, New Jersey. He has also appeared on Comedy Central, BBC America, MTV, and Adult Swim, among others, and is a regular host on HBO and Cinemax. Dave performs live comedy in theaters and basements all over the world. He also plays guitar and sings in his own rock band, Valley Lodge, whose song “Go” is the theme song for HBO’s Last Week Tonight with John Oliver. Dave Hill Doesn’t Live Here Anymore is his second collection of nonfiction essays. Tasteful Nudes: . . . and Other Misguided Attempts at Personal Growth and Validation is his first.