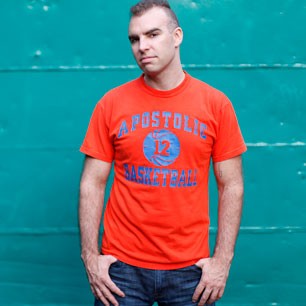 AfterElton.com named Daniel one of its “Favorite Gay Canucks.” He was a columnist for Xtra Ot­tawa from 2008 to 2011. He lives in Montreal, where he works as a writing mentor.

His second novel, Krakow Melt, was also published by Arsenal Pulp Press. It was excerpted in The Advocate, chosen by San Francisco’s A Different Light bookstore as its October 2010 book club pick, named a Book Marks Best Fiction 2010 selection, and selected as a finalist for the Ferro-Grumley Award for LGBT Fiction and for a Lambda Literary Award. Istanbul-based Altikirkbes, the publisher behind the renowned Underground Poetix journal, will be translating and releasing a Turkish-lan­guage version of Krakow Melt as part of an underground literature series featuring Lydia Lunch.

Daniel has read with Marcia Clark, the lead prosecutor in the O.J. Simpson murder trial.