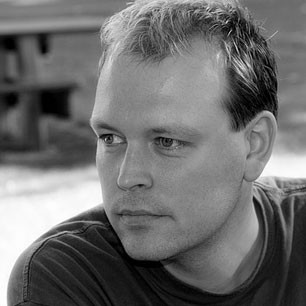 Christian McPherson's work has been published in Kiss Machine, Queen's Quarterly, The New Quarterly and dANDdelion, and in the anthologies Open Window III and Seeds 3. His stories and poems have won several awards and honourable mentions, including the John Spencer Hill Award, the Ottawa Public Library Short Story Award, and the Canadian Poetry Association's Poetry Competition. His books include Six Ways to Sunday (shortlisted for the 2008 ReLit Award for Short Fiction), two collections of poetry--Poems That Swim from My Brain Like Rats Leaving a Sinking Ship and The Sun Has Forgotten Where I Live--and his debut novel The Cube People, which was listed as one of the "44 Reasons to Love Ottawa" in Ottawa Magazine. He has a degree in philosophy from Carleton University and a computer programming diploma from Algonquin College, and he lives in Ottawa with his wife Marty and his two kids, Molly and Henry. Read Christian's blog at http://christianmcpherson.blogspot.com/.