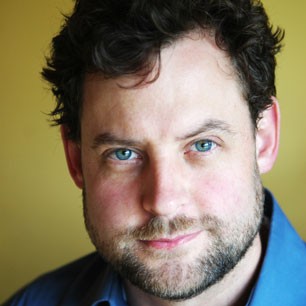 Chris Turner is one of Canada's leading writers and speakers on sustainability and the global cleantech industry. He is the author of The Leap: How to Survive and Thrive in the Sustainable Economy (Random House 2011). He is also the author of the 2007 bestseller The Geography of Hope: A Tour of the World We Need (Random House), a Globe & Mail Best Book of the Year and a finalist for the Governor General's Award for Nonfiction, the Alberta Literary Award for Nonfiction and the National Business Book Award. He was a featured speaker at the 2008 Alfred Deakin Innovation Lectures in Melbourne, Australia, and a 2010 Fleck Fellow at the Banff Centre.

Turner's first book was the international bestseller Planet Simpson: How a Cartoon Masterpiece Documented an Era and Defined a Generation (Random House 2004). His magazine writing has earned seven National Magazine Awards and appeared in Fast Company, Time, Utne Reader, The Walrus, The Globe & Mail, Canadian Geographic and many other publications. He is a featured blogger at MNN.com . He lives in Calgary with his wife, the photographer Ashley Bristowe, and their two children.