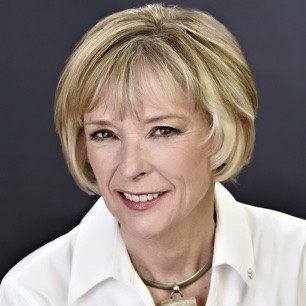 Charlotte Gray is one of Canada’s best-known writers and the author of ten acclaimed books of literary non-fiction. Her most recent bestseller is The Promise of Canada: People and Ideas That Have Shaped Our Country. Her bestseller The Massey Murder: A Maid, Her Master and the Trial That Shocked a Country won the Toronto Book Award, the Heritage Toronto Book Award, the Canadian Authors Association Lela Common Award for Canadian History and the Arthur Ellis Award for Best Nonfiction Crime Book. It was shortlisted for the RBC Taylor Prize, the Ottawa Book Award for Non-Fiction and the Evergreen Award, and longlisted for the BC National Book Award for Non-Fiction. An adaptation of her bestseller Gold Diggers: Striking It Rich in the Klondike was broadcast as a television miniseries in 2014 on the US Discovery Channel.

An adjunct research professor in the department of history at Carleton University, Gray is the recipient of the Pierre Berton Award for distinguished achievement in popularizing Canadian history. She has chaired the boards of both Canada’s National History Society and the Art Canada Institute, and has served on the boards of PEN Canada and the Ottawa International Writers Festival. She has frequently served on Writers’ Trust committees and been a juror for the Scotiabank Giller Prize, the RBC Taylor Prize, the City of Ottawa Book Prize and the Kobzar Literary Award. Charlotte Gray is a Member of the Order of Canada and a Fellow of the Royal Society of Canada.